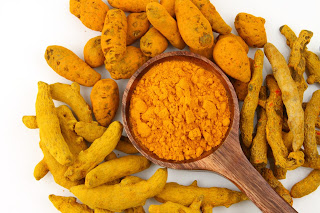 One spice used for thousands of years in Asian countries for medicinal purposes, but not discovered by modern science until two centuries ago, when Vogel and Pelletier reported the isolation of a “yellow coloring-matter” was named curcumin, derived from the rhizomes of the Curcuma longa, the herbaceous perennial plant, from the ginger family, turmeric.  Decades later in 1910, chemists Milobedzka and Lampe identified curcumin’s chemical structure as a polyphenol, diferuloylmethane.  Predominantly grown in South India, and native to South Asia, India and Indonesia, curcumin is responsible for the yellow color and for the majority of the therapeutic properties of turmeric.

This nontoxic spice for health, curcumin, coined by researchers as “Indian Solid Gold” possesses pleiotropic activities, being anti-bacterial, anti-inflammatory and a potent antioxidant, to name a few.  Used as a supplement across the world, including Turkey, Thailand, India, Japan, Korea, South Africa, Nepal, Pakistan and the United States, curcumin has been investigated in extensive in vitro and in vivo studies along with clinical trials.  Efficacy has been observed on the remarkable effects from supplementing with curcumin for potential anti-inflammatory, anticancer, analgesic, and antimicrobial activities; cardiovascular protective support, an aid for healing gastric ulcers, gingivitis and periodontitis relief, antiplatelet aggregation, hepatoprotective effects, supporting gallbladder health, and immune support as a potent antioxidant.

Curcumin contains terpene derivatives, a class of hydrocarbons occurring commonly in plants that aids in inhibiting the accumulation of toxins and helps remove existing toxins via the liver and kidneys.  Also, curcumin predominantly consists of sesquiterpenes and zingiberene (predominant constituent in the oil of ginger), monocyclic hydrocarbons that are natural antioxidants with antiseptic and anti-inflammatory properties.  Further, curcumin contains oxygenated derivatives, including turmerone, an aromatic ketone that exhibits potential anti-proliferative and antitumor activity. Curcumin has been identified as a powerful anti-oxidant, as a free-radical scavenger, with its phenolic hydroxyl group, significantly reducing the metabolic pro-oxidants homocysteine and hydrogen peroxide, as well as inhibiting lipid peroxidation.

With even more benefits, this curcumin spice also has anti-inflammatory properties, significantly inhibiting the production of the pro-inflammatory cytokine, interleukin-18 (an inflammatory protein), thus is helpful for preventing joint inflammation and has been shown to be an effective nutritional supplement for arthritis and osteoarthritis.  Further, curcumin has been found to be potentially cytotoxic to tumor cells, suppressing the growth of numerous cancer cells, including those of the prostate, biliary, pituitary gland, oral, and uterine leiomyoma.  Curcumin has also displayed antimicrobial and anti-fungal properties, specifically against Candida strains.  As well, curcumin could be an effective adjuvant therapy for individuals with type II diabetes, due to its possible anti-hyperglycemic effect and results showing improved insulin sensitivity.  Additionally, curcumin supplementation has demonstrated evidence for maintaining circulatory health by showing a reduction of lipids in patients with acute coronary syndrome.

Add turmeric in your cooking: To scrambled eggs, in vegetable soups, sprinkled on top of organic kosher chicken, or on top of your steamed vegetables.  As a supplement, choose a curcumin vegetable capsule that is bound with phosphatidylcholine (lecithin), providing optimal absorption and bioavailability (1 capsule per day with food).  Enjoy adding nourishment wealth to your body with this multi-faceted beneficial, healthful gold spice!

it is said to increase immune system to protect the body from heart and liver disease, asthma, arthritis and cancer of the colon, breast, prostate and pancreas. Vitamins for Acne

Cumin has many benefits to human health including:

1- Cumin helps digestion.
2 - is a pain reliever menstrual cycle.
3 - prevents the storage of fat in the body.
4 - helps the body to get rid of gas and constipation.
5- Cumin is considered an antioxidant.
6- Cumin contains iron, calcium and some vitamins. 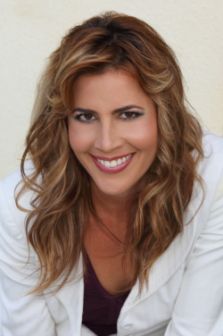